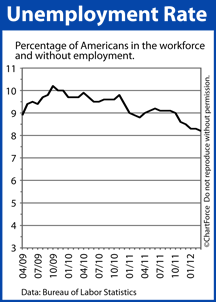 Americans continue to get back to work.

Last Friday, in its Non-Farm Payrolls report for the month of March, the Bureau of Labor Statistics announced 120,000 net new jobs created, plus combined revisions in the January and February reports of +4,000 jobs.

Clearly, the jobs market is moving in the right direction. Yet, after the Non-Farm Payrolls report was released Friday morning, stock markets dropped and bond markets gained — the opposite of what a casual market observer would expect.

It happened because, although job growth was strong, Wall Street decided it just wasn’t strong enough. The market expected 200,000 jobs created in March at least and the actual reported figure fell short.

Lucky for you, Wall Street’s pain is Main Street’s gain. After the jobs report was released, mortgage rates immediately dropped to a 3-week low, making homes more affordable in Minnesota and throughout all 50 states.

The market’s reaction is an excellent example of how important jobs data can be to home affordability — especially in a recovering economy.